We are thrilled to announce that Manifold Garden is coming to PlayStation 5 globally on May 20, 2021. In addition, we are working with iam8bit on physical versions of Manifold Garden for PS5 and Nintendo Switch, as well as a vinyl release for the soundtrack. Pre-orders are available now.

The PS5 version of the game runs at 4K and 60 FPS, supports the DualSense wireless controller’s haptic feedback, and includes Official Game Help videos. If you own the PlayStation 4 base game or PlayStation 4 Deluxe Edition, you can upgrade to the PlayStation 5 version for free!*

In collaboration with iam8bit, Manifold Garden is getting a physical release on PlayStation 5 and Nintendo Switch! The physical version features a brand new cover art that is reversible and also comes with an exclusive architectural pop-up card.

We are also releasing the Manifold Garden Original Soundtrack as a 2-disc vinyl, featuring a pop-up gatefold of the iconic stepwell level in Manifold Garden. This release of the soundtrack also includes two additional tracks that are not in the digital soundtrack (the music for the alternate endings). The vinyl is limited to 1000 prints and the price is $44.99 USD. Pre-orders begin today and the estimated global shipping date is Q1 2022.

Thank you for your support. At eight and a half years of development and counting, we truly couldn’t have gotten here without you.

Manifold Garden is out now as a launch title for Xbox Series X and Xbox Series S. The game supports Smart Delivery, so if you already own the Xbox One version of the game, you can get the enhanced version at no additional cost.

The Series X version of the game runs at a native 4K resolution at 60 frames per second. The game has never looked better on consoles and we can’t wait for you to see it.

The Series S version is 1440p and also runs at 60 frames per second. No matter which console you get, Manifold Garden will look and run great on it.

The Xbox Series X|S version of the game also adds HDR support to Manifold Garden. Connect your Xbox to a compatible display to see the world come to life in new ways.

This version of the game supports many of Steam’s features, including achievements, Trading Cards, and Badges. To celebrate the launch, there is a 20% discount for the next two weeks.

You can purchase Manifold Garden either as a standalone game, or as part of the Deluxe Edition Bundle, which includes the soundtrack by Laryssa Okada. The game is also available DRM-free on itch.io.

Xbox Series X|S
We also recently announced that Manifold Garden will be getting an enhanced version on the Xbox Series X|S, available at the launch of the new console, on November 10th.

Manifold Garden runs at a native 4K with 60FPS on Series X, and 1440p at 60FPS on the Series S. If you already have the game on Xbox One, the upgraded version will be provided for no additional cost through Smart Delivery. Your save file and achievement progress will transfer seamlessly between all devices.

Design Museum
In other exciting news, Manifold Garden has been nominated for Beazley Designs of the Year at the Design Museum in London. This is an incredible honor for us and we are thrilled for Manifold Garden to be included in this exhibition. Beazley Designs of the Year brings together the very best examples of design over the last year from around the world across six categories: Architecture, Digital, Fashion, Graphics, Product and Transport.

The exhibition is open from October 21st, 2020 to March 28, 2021. If you do visit, please check out the museum’s safety protocols and guidelines.

Thank you for the continued support. As always, you can find us at:

Manifold Garden is now available for Nintendo Switch, PlayStation 4, and Xbox One.

To celebrate, through August 30th there’s a 10% launch discount for all users on Nintendo Switch and Xbox One! On PlayStation 4, the base game and the Deluxe Edition are 10% off for a limited time for PS+ subscribers. 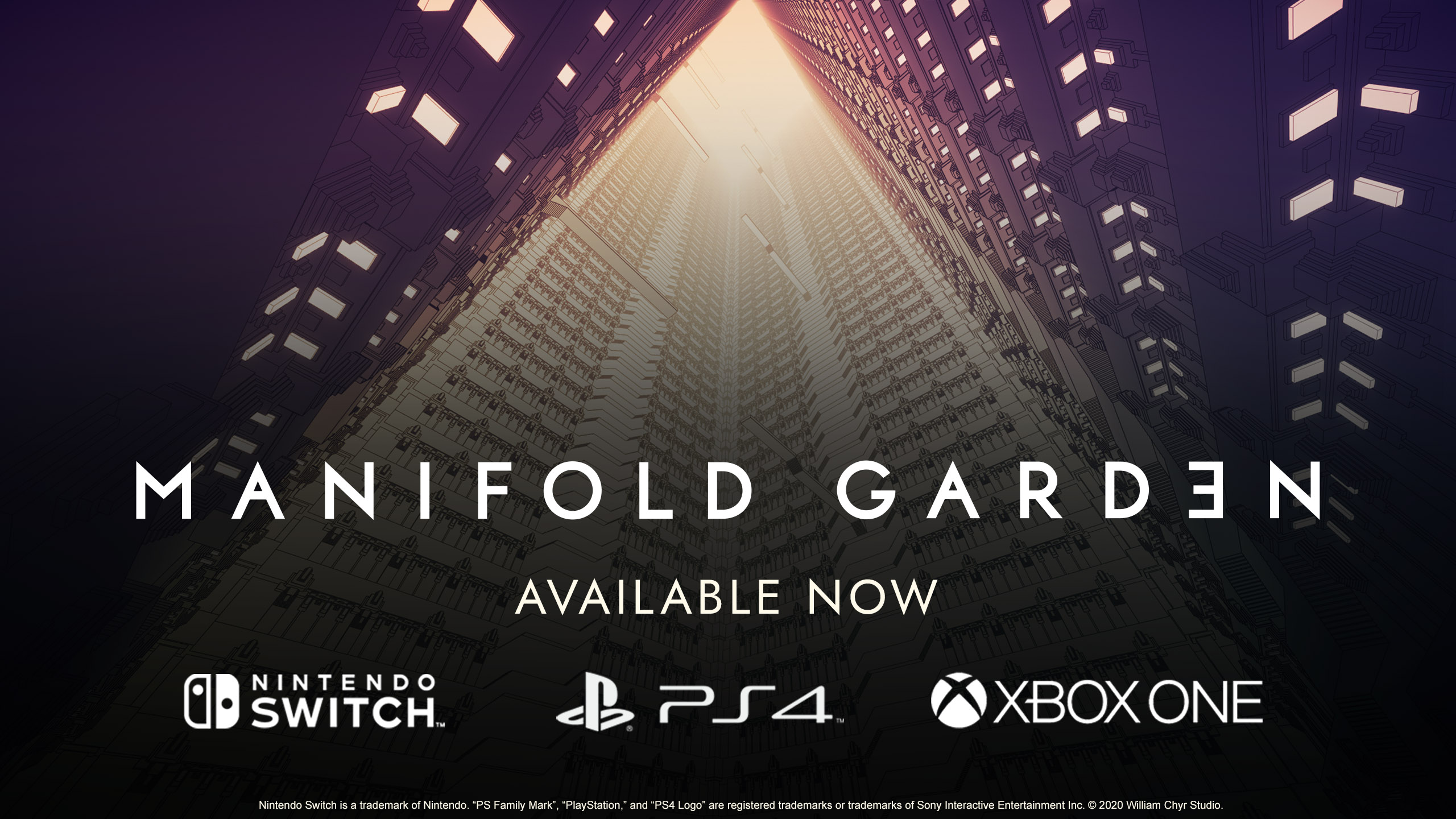 Nintendo Switch users will be able to play with HD Rumble, designed from the ground up and implemented throughout the entire game. It truly enhances the experience and adds new depth to the game. Manifold Garden also runs well in handheld and tabletop modes.

PlayStation 4 owners have the option of purchasing a Deluxe Edition, which includes the original soundtrack by Laryssa Okada and a Dynamic Theme by Truant Pixel. Manifold Garden Deluxe Edition is the only way to get this beautiful theme, and there’s no way to upgrade later, so please be sure to buy the Deluxe Edition if you want it! Both the game and the Deluxe Edition are on discount for 10% off for a limited time as part of our launch for PlayStation Plus subscribers. 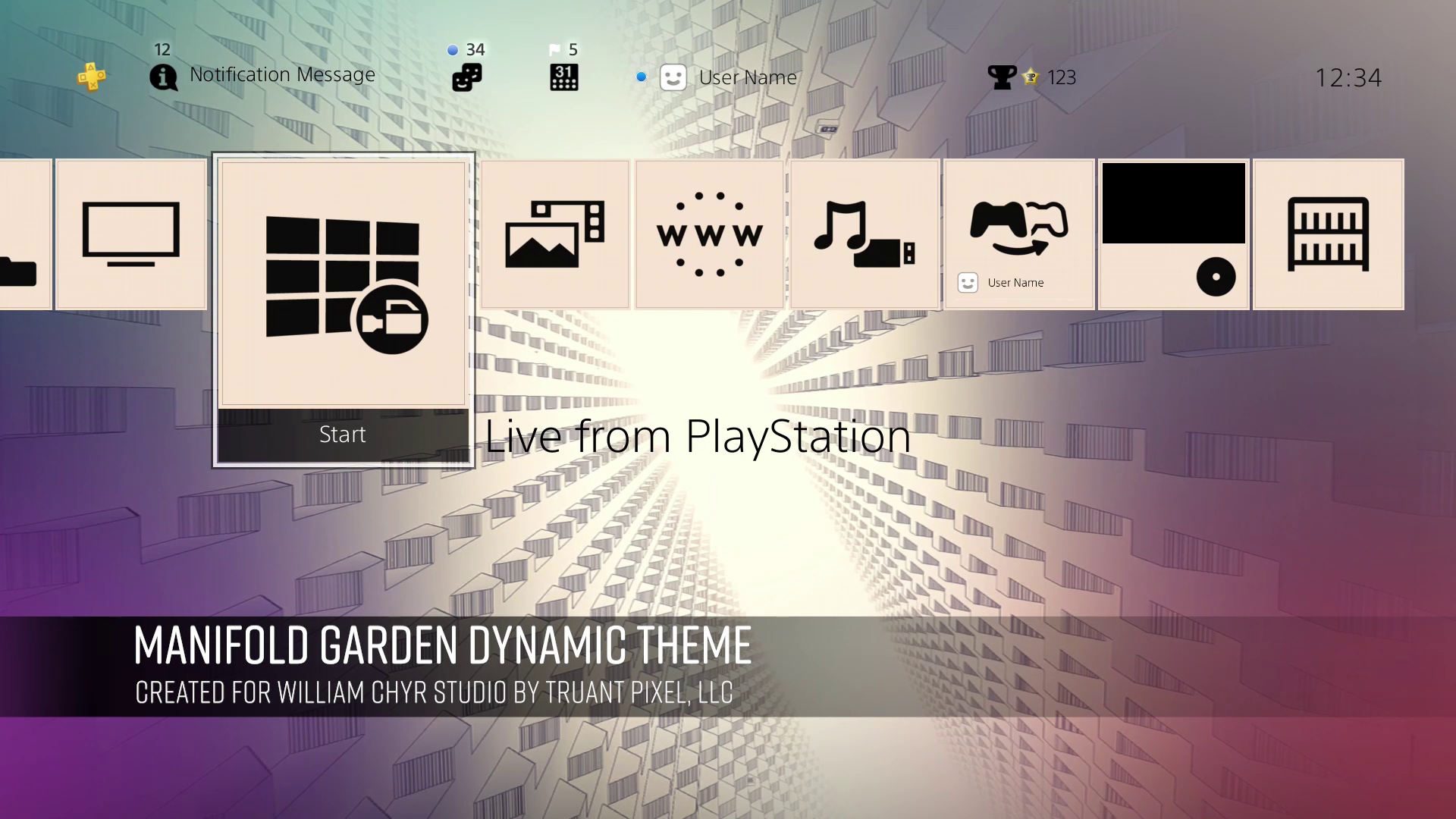 For the Xbox One version of Manifold Garden, we did something special with the achievement artwork and included 20+ photo mode shots that we love! You can use them as the system wallpaper. Additionally, the Xbox One X version looks fantastic on a 4K TV!

All versions feature the Photography Mode update, which includes a number of tools and filters for you to use Manifold Garden’s world as a canvas for generating beautiful pieces of digital art. Share your creations using the #ManifoldGarden hashtag for others to see. 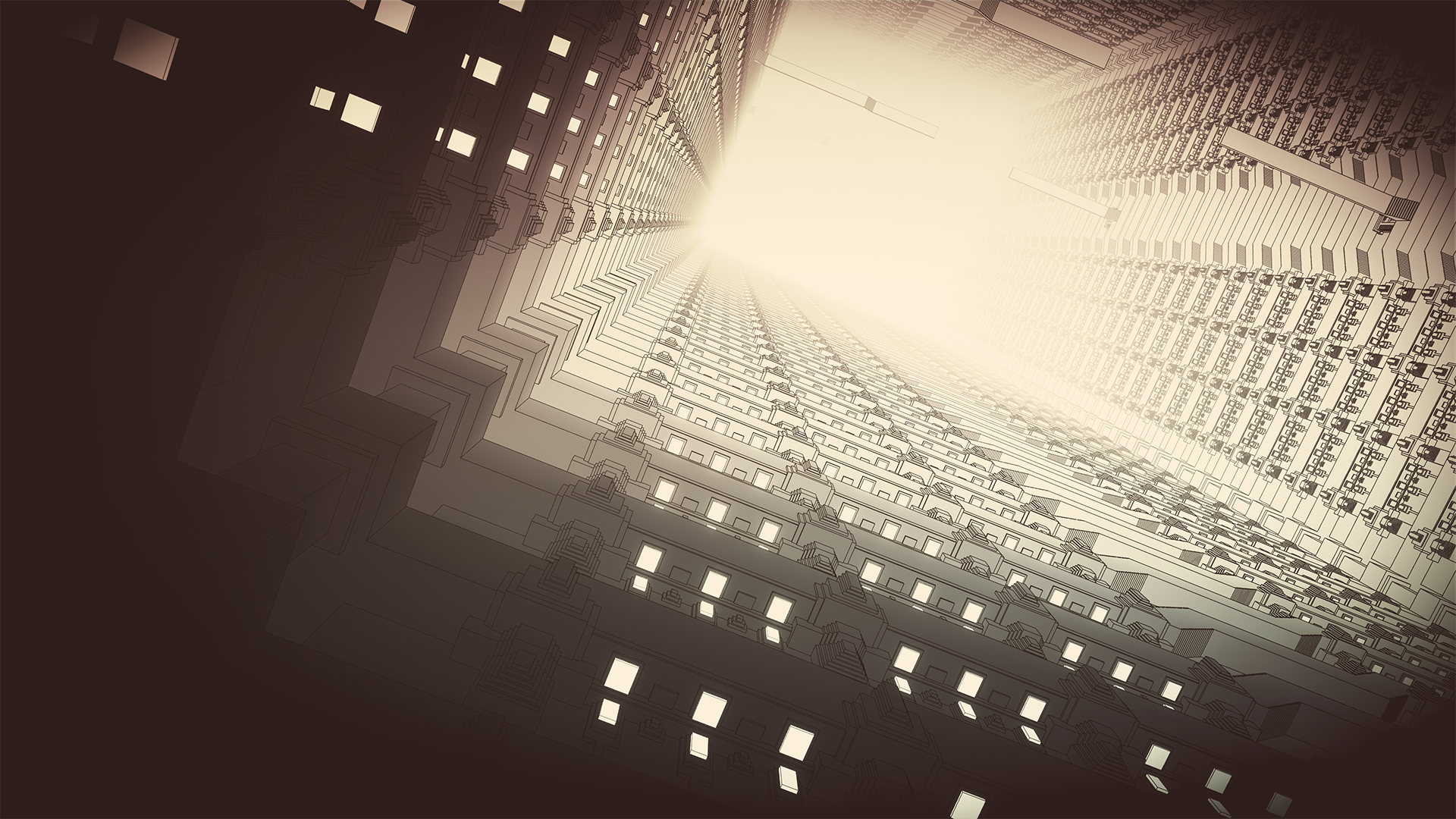 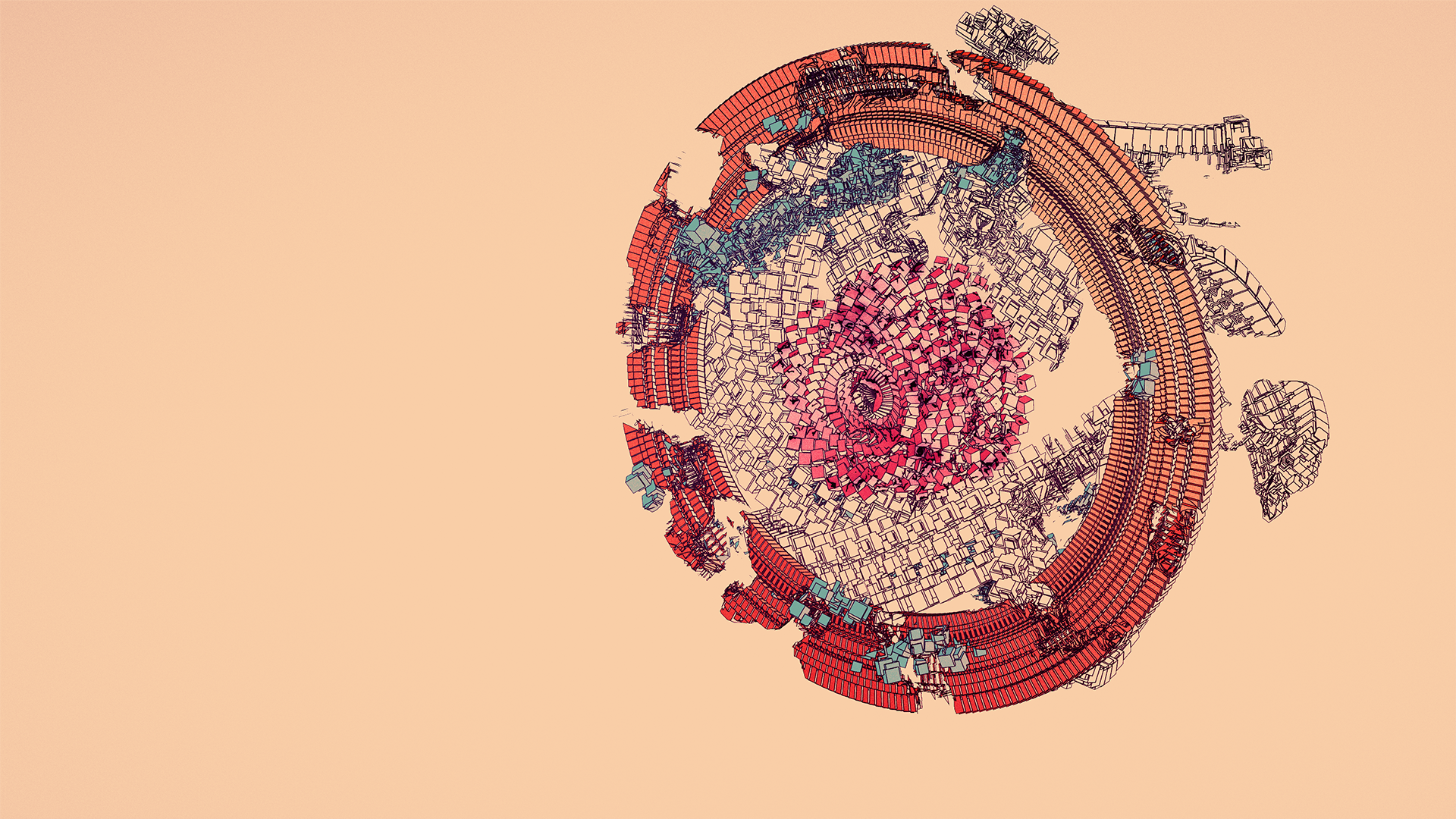 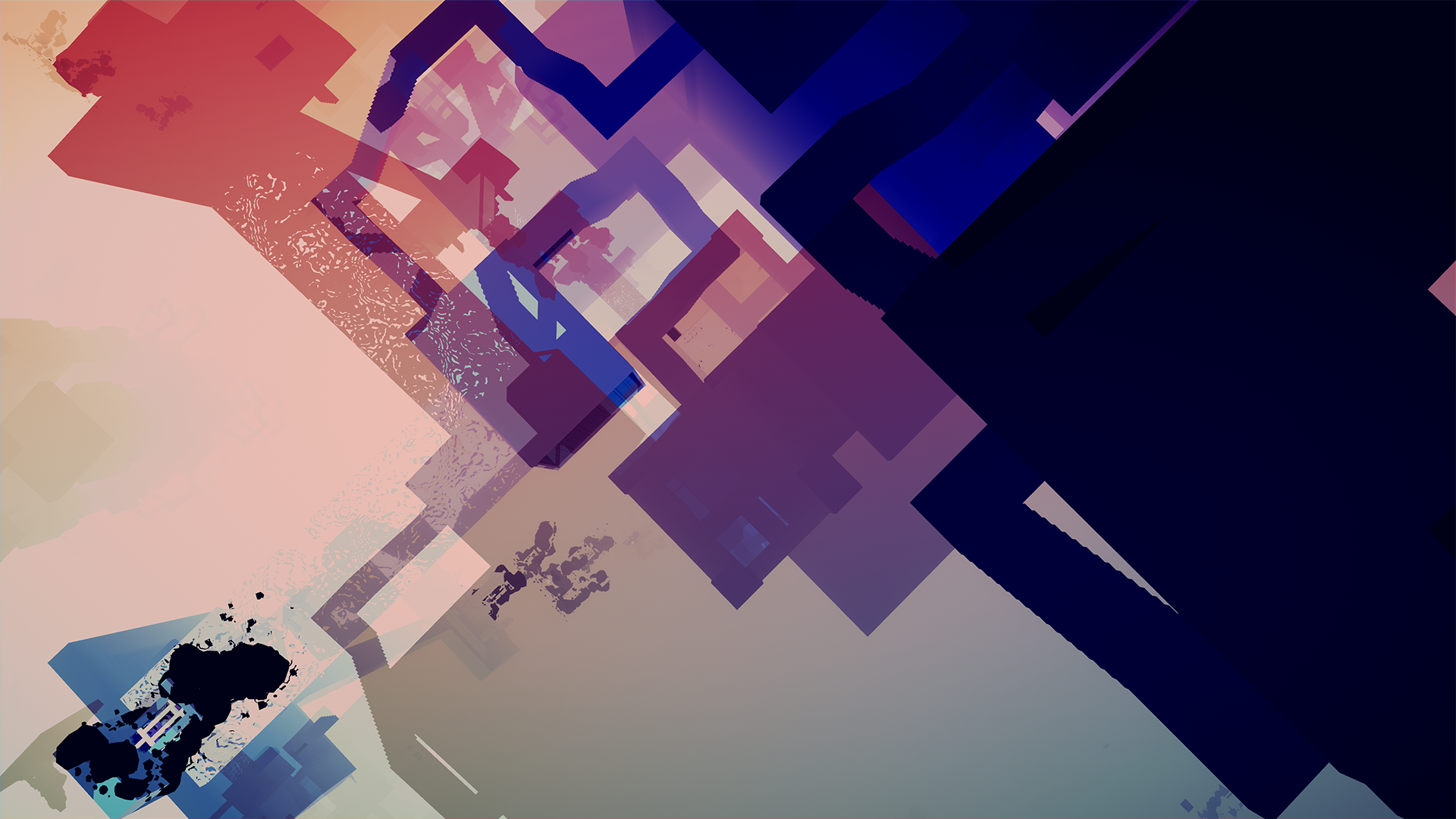 Laryssa Okada’s soundtrack for Manifold Garden is also separately available on bandcamp and all major platforms. 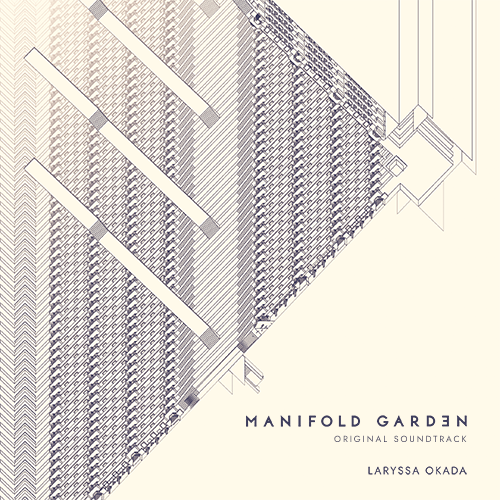 This has been a long journey for the team, and we are proud to see the game arrive to this point. We couldn’t have done this without the support of many people. Thank you to the team at ID@Xbox for their help along the way, PlayStation for believing in us for many years and having patience, and Nintendo for including us in the Indie World presentation.

We also thank you for being part of this eight-year odyssey.

Manifold Garden is now available on Apple Arcade and the Epic Games Store.

The PlayStation 4 version is still in the works, and the Steam version will release 12 months from now. We also have three major content updates in our development roadmap. Nintendo Switch and Xbox One are presently being explored.

From the bottom of my heart, thank you for your support over the last several years.

After almost 7 years of development, I am excited to announce that Manifold Garden will launch this Friday, October 18th, on Apple Arcade and the Epic Games Store.

12 months after launch, Manifold Garden will release on Steam. It will include all of the content updates, patches, and bug fixes we do throughout the year. Alongside Steam, it will also be available on itch.io and we are looking into GOG as a possibility as well.

The PS4 version is still in development and we will have more news soon. As for other consoles – Xbox One, Switch – I don’t have official news yet, but we are exploring them.

I started Manifold Garden back in November 2012 with no previous game development experience. At the time, I thought that it would only take me three months to finish. It has been almost 7 years since. It’s been an incredible journey. I’ve met a ton of people, and I’ve learned a lot. I’ve also grown quite a bit – both as an artist and as a person.

This is a momentous occasion, and we would like to extend our gratitude to all the team members, friends, mentors, and fans who have supported this project over its almost seven-year journey. Manifold Garden could not have happened without your involvement. We are excited to rediscover the laws of the universe with you this Fall.

We will be continuing to support the game through launch and beyond. Some of the planned features in our roadmap include photography mode, accessibility features (like colorblind options), and developer commentary.

You can find more info here:

See you on Friday!
William