Significantly improved performance on all devices.
Increased intensity of vertex corruption by 40%.
Fixed: worldwraps in W041-W018 were not rendering properly.
Fixed: rotating cubes can be dropped mid-rotation.
Fixed: rainbow dark cube trigger did not glow.
Fixed: wall in 000 lacked collision.
Fixed: the player can cl

Fixed issue where the mouse cursor is visible during the ending.
Fixed: worldwraps in W041-W018 were not rendering properly.
Fixed: rotating cubes can be dropped mid-rotation.
Fixed: rainbow dark cube trigger did not glow.
Fixed: wall in 000 lacked collision.
Fixed: the player can clip through wall and get stuck in

Issue with large blocks in area 6
tuttiflutti posted Nov 10 '19 at 11:54 pm
Has anyone else noticed an issue with area 6 where the large green/yellow block and the purple/orange block do not touch which seems to make it impossible to get the yellow water to the water wheel with only 3 blocks. See attached screenshot. Also attached screenshot of game save to show point in the game. 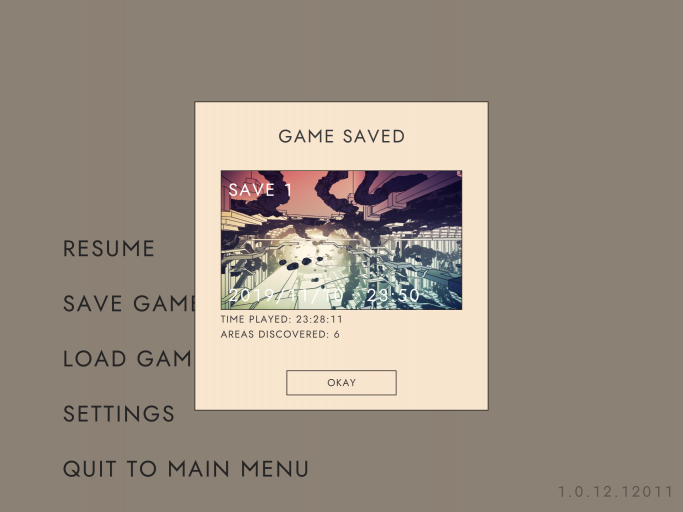 I've run into the same error a couple of times now.

My first play through the game I got to where I had completed the purple level, but when putting in the purple world-building cube the purple tree is created but the world isn't created. I can't progress further from that point without the purple world being built.

Additionally, I can't save the game at that point. The last save

Cloud sync has been around for a while now and feels like a must-have in a game nowadays.

I am stuck in a blue waterfall stairs area and have accidentally dropped two of the three blue cubes INTO the water mill glassed-in section and now they are INSIDE the glass water mill area. Is there a way to get them out or is this a bug? I’m dying - do not want to have to restart game and lose progress. Any help appreciated - thank 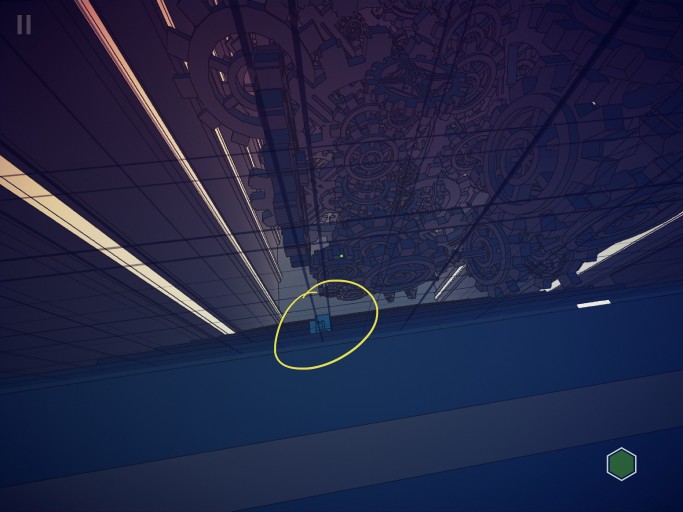 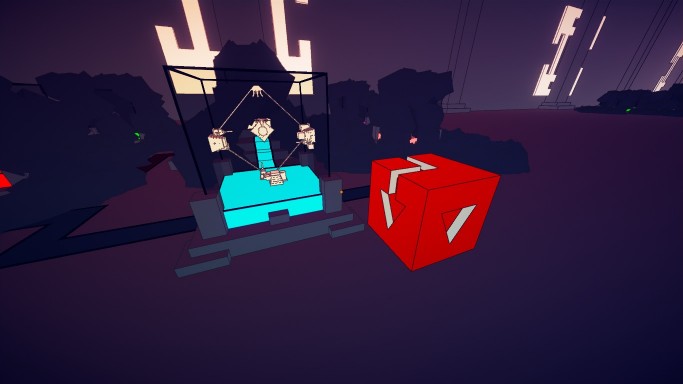 Decrepit Laptop Leaves Owner Seriously Bummed
tkalen posted Oct 19 '19 at 8:47 pm
I've been so anxious to play Manifold Garden that I forgot to double check the requirements. My poor old Alienware M11xR2 doesn't have the memory (6G) or graphics (GeForce GT 335M) to even meet the minimum.

I bought it anyway.

I'll just have to find a friend with a better computer.

Do we know when the game will be avalible outside of the epic game store?
Coryashire posted Nov 3 '19 at 8:09 pm
The reason I ask is because due to my epic game account being hacked, and its country and account name being changed, I cannot buy manifold garden until epic games can secure my account and return it to me. I was really looking forward to playing it, but having it only available through a game platform that is having a lot of hacking issues is kind of infuriating.

Small Door Glitch Near the Beginning
Anan posted Nov 3 '19 at 2:42 pm
In my first play-through, after completing the columnar building with 'diving boards' that face each other across the center, I triggered the exit door. It appeared to open but I couldn't get through, not on floor, walls, nor ceiling. In sum, it was functionally closed though visually open. I saved and returned to that point, at which time I had no difficulty walking through the open door to the
read more
recent by thatkevinwong  ·  Nov 5 '19 at 11:16 pm
261
4

progress blocking bug?
triremerufus posted Oct 28 '19 at 12:07 am
There's a room with yellow water and big blocks in each axis a few rooms after placing the 6th hypercube. If I'm reading the puzzle right, you turn on a white toggle barrier to get the water to the yellow side of a yellow/green, which is meant to then drop on to an orange/purple, be redirected with the remaining two yellow blocks, then run over the red/blue to the water wheel. In my instance, the
read more
recent by triremerufus  ·  Oct 30 '19 at 3:45 am
140
1

Save Data Corruption (near the end of the game)
Feep posted Oct 20 '19 at 11:12 pm
Hey, Mr. Chyr! Was having a wonderful time with your game...completed all six main areas and had progressed approximately 2 or 3 puzzle areas after that (I remember a specific area where I had to grow a tree to use as a platform to move to the left and carry a cube to open a door there), when my computer hard-locked and it appears my save game was corrupted.

I'm a Unity dev myself, so I broug
read more